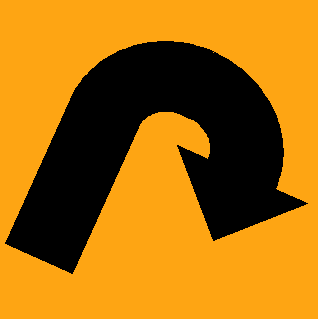 Sola Scriptura, Sola Gratia, Sola Fide, Solus Christus, Sola Deo Gloria. These are the great Reformation watchwords. Scripture alone, grace alone, faith alone, Christ alone, the glory of God alone. One can only have so many watchwords but if one wanted to add an extra one what more obvious than Semper Paenitere, always repenting?
When Luther nailed his famous 95 theses to the Wittenberg castle church door this issue was top of the agenda. The theses, originally in Latin but soon translated, began, Out of love and zeal for truth and the desire to bring it to light, the following theses will be publicly discussed at Wittenberg under the chairmanship of the reverend father Martin Luther, master of arts and sacred theology and regularly appointed lecturer on these subjects at that place. He requests that those who cannot be present to debate orally with us will do so by letter. In the name of our Lord Jesus Christ. Amen.
1. When our Lord & Master Jesus Christ said Repent [Matthew 4:17], he willed the entire life of believers to be one of repentance.
2. This word cannot be understood as referring to the sacrament of penance, that is, confession and satisfaction, as administered by the clergy.
3. Yet it does not mean solely inner repentance; such inner repentance is worthless unless it produces various outward mortifications of the flesh.
We need to hear this message again today.
1. Paenitere
The Bible calls on us in many places to repent. Think of the preaching of John the Baptist, of Christ himself, of the apostles. But what does it mean to repent? Roman Catholicism taught that it meant Do penance. One of Luther’s greatest rediscoveries was that the Greek word translated in the Latin Vulgate Do penance actually means Be penitent or Repent. This is not the same as remorse or regret although it includes that. There is a different Greek word for that. No, Repent means Change your mind, turn away from sin.*
The word occurs 57 times in the New Testament. It can refer more generally to conversion but usually refers to the other side of faith. Sometimes the apostles called for repentance, sometimes for faith. Both are God given (See Acts 5:31, 11:18). Both are necessary to salvation. There is no forgiveness except through faith and repentance. Faith and repentance are possible only because of Christ’s work on the cross.
As Luther says, true repentance has inward and outward aspects. In 1826 John Colquhoun produced an excellent work on repentance.**  There he turns to 2 Corinthians 7 for an anatomy of what is involved. Paul talks there about godly sorrow in contrast to worldly sorrow. The roots of true repentance lie in this godly sorrow. Its fruit is salvation and no regret. This godly sorrow is characterised by,
Earnestness, not complacency about sin; Eagerness to clear one's name - not excuses but a desire for pardon; Indignation or hatred towards sin; He is angry and sins not when he is angry at nothing but sin and angry with himself only because he has sinned comments Colquhoun. There is also Alarm or Fear of sinning and provoking God’s wrath; there is Longing for a thorough reformation, to be right with God; there is Concern or Zeal to see sin dealt with, for God’s glory and in order to be holy; Readiness to see justice done, one pronounces the death sentence on self. Outwardly there must also be a change of behaviour. See Acts 26:20. Think of Zacchaeus or the occultists converted at Ephesus (Acts 20:18,19). Think of all that the book of Exodus has to say about restitution. Have you truly repented?
2. Semper paenitere
Like faith, repentance must be a life long thing. That is clear from the New Testament. See, for example, Romans 12:2 and Ephesians 4:23, which both speak of the Christian’s mind being changed or renewed. Even a man of God can wander. When he wanders he must be brought back. Think of David or Peter. Think of the Bible’s emphasis on restoration of the fallen. Restoration is always by way of repentance. Repentance then has to be a daily thing, an hourly thing. Is it with you?
Originally published in Grace Magazine
* The rediscovery came to Luther from Lorenzo Valla via Erasmus
** John Colquhoun 1748-1827

Normally my communion with the people of the past is of a sedentary, close your eyes sort of character but on this occasion it was a little... 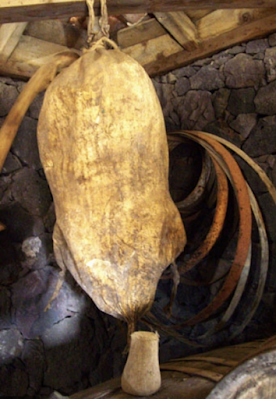 But when I've written an article

Then on this blog screen

It's sure to be seen.

Some of my other blogs